As a member of the Paris bar since 1974, Jean-Pierre Mignard has a well-established expertise in criminal defense of natural and legal persons, whether governed by public law or private law. Mr. Mignard handles inter alia, press, media, communication, literary and artistic property matters and disputes. Jean-Pierre Mignard has been the counsel of several States (Republic of Djibouti, Cameroun, Chad, Benin etc.…) in border disputes and in the negotiation of petroleum concessions agreements. He also represents public figures, including many congressmen, elected officials, and former ministers. Jean-Pierre Mignard recently worked on the following high profile cases :

He is a senior lecturer at the Paris Institute of Political studies where he teaches criminal law. He teaches media law as part of the Paris Institute of Political Studies’ journalism postgraduate program. Jean Pierre Mignard is the founding partner of the Lysias firm (which became Lysias Partners in 2006), and currently the president of its executive board. Jean-Pierre Mignard is the co-chairman of the Témoignage Chrétien magazine’s editorial board. 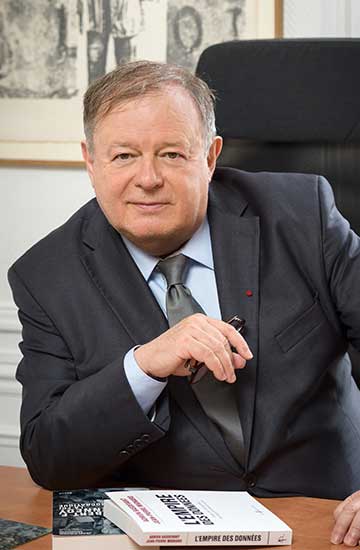